When registering, please create a name for your character and input that as a username. Spaces are allowed. Relations to canon characters are not. If you are unsure, read this first: http://theswi.forumotion.com/t61-creating-a-character-at-swi

Also, please keep in mind that this forum is a FREE ads based forum. All graphics/ads found under the title and forum buttons ARE NOT part of the SWI forum and will redirect you away from this page.

Welcome to the Salem Witches' Institute, the premiere American school of magic located within the World of Harry Potter. An original role play for creative minds.

You are not connected. Please login or register
SWI is officially open. Registration is ongoing for all incoming 1st Years.
Current Role Play Date: 14 October, 2011. Day: Friday. Time: 9:00 AM. Weather: Mid 50's with a slight breeze from the east.
Orientation is set up in the Atrium. Please visit to participate.
Go to page :

Annie smiled weakly. I haven’t helped at all, she thought while she studied Coraline’s face.

“The first time we went through this, everything was just confusing and a little scary…but at the same time it was almost unreal.” Annie’s eyes hardened. “This time, I’ve seen a boy come into the triage and leave to the morgue; saw Kerry’s flying partner, Emma, pop in after getting attacked by a dementor; and then, witnessed a professor suffer from a very serious curse—while all the time convinced that Kerry was going to come to the triage…and take a place next to that boy downstairs.

“It’s almost too much, Professor. I'm overjoyed that he is well and can be mended...” Annie studied the floor and sighed. “But there is no one to tell…no one at all.”
Holoč Semplen 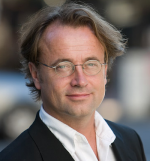 Holoč smiled. "Oh, not true, Annie. Today is the 12th. In two days you leave London to come here, so . . . after that you can tell your parents everything."

He chuckled softly. "I'd write everything down so you can send off your owl Thursday morning. Or even Wednesday night." He softly admonish Annie. "Even if you believe you have done nothing, by being here, you did a duty others did not." He soften greatly. "Never forget that."

He looked in Coraline's direction. "I wonder if I should ask about Maddy--"
Coraline Gallagher

After checking on her remaining patents and offering a few words to her volunteers, Coraline wandered over to Holoc and a pensive Annie. "Maddy's stabilized right now," she said, knowing he would ask on her status. "I don't know how long I can keep her like that, but Erywin and Helena said they'll have their modified potion ready within the hour."

She wiped hair from her face, not caring there were small spots of blood on her uniform. "We're getting called to the Dinning Hall at 5; I was told before coming down here." She shook her head. "I don't know if I'll be there, Holoc; I'll probably be with Maddy until I know she's going to pull out or..." Coraline let the last part of her statement hang in the air, unsaid but not unknown.
Holoč Semplen

Nodding, Holoc said, "Don't worry; I'm certain you'll find out what Mathilde will say." He now patter her on the shoulder. "I know how you feel about Maddy, so..." He lowered his head, shacking it. "Very unusual day. I hope not to see many more like this."
Annie Krum

"Uhm, Nurse Coraline," she blurted. "Do you think I might be able to take Kerry to the announcement? I'm sure he wouldn't want to miss it."
Coraline Gallagher

Coraline smiled for the first time in close to a couple of hours. "Oh, Annie... you so don't want him out of your sight, do you?" She refrained from giggling, then got serious. "Listen to me, missy: Kerry's more sore than anything, but he has a slight concussion. That means he's likely to be a touch dizzy and disoriented when he's not laying down."

She gave Annie her patented "Nurse Coraline" treatment. "You take it very easy with him, and once you get to the Dinning Hall, if he shows any sign of discomfort--I mean any--you lay him down on the floor and get one of my staff, and get him right back to bed." She knew Annie would take care of Kerry without fault, but she needed to make certain she understood that this time they weren't dealing with something that could be dealt with the mere sip of a potion.
Annie Krum

Annie brightened as Nurse Coraline gave her instructions. "Thanks," she said and gave the nurse a hug. "For everything, Nurse Coraline."

She let go, said a quick goodbye to Professor Semplen and rushed to the hospital...and Kerry.


The hospital was quiet, as everyone was probably settled down in the dining hall, waiting on the announcement. Annie nodded at the orderly on duty and made her way to Kerry's bed.
Kerry Malibey

Kerry had been sitting there resting, letting his mind drift off, letting nothing bother him. He still felt a little like he had on the broom--only not without the soreness in his groin and the heavy flying leathers and the cool air on his skin and the goggles pressing his glasses against his face--but, yeah, he felt a little like that.

Oh, and he didn't have Annie at the foot of his broom, either.

"Hey, you're back," he said. "Is everything calming down?"
Annie Krum

Annie smiled and shrugged. "I think so. I'm here to spring you...unless you'd rather stay and aren't up to going." She glanced at him, unsure if he was up to walking all the way there, or if he wants to go with me at all.

"There is an announcement scheduled down in the dining hall at five. I asked Nurse Coraline and she said you would be able to go, but to watch out for any dizziness..." Annie ran her fingers through her hair and tilted her head, examining the foot of his bed.

Kerry nodded. "Sure, why not!" He started to move quickly, then lay his head back. "Okay, lets try that again," and went slower this time, reaching out for Annie to help him to his feet.
Annie Krum

Annie helped him up from the bed, trying to be extra careful not to move quickly and cause him to pass out. She draped his arm over her shoulders and gently gripped his waist.

When he was settled on his feet and seemed stable she smiled and said, "There, that wasn't too bad. We have to walk to the portkey, though. Have you ever used one before? It might be a bit much, but if you hold onto me...and maybe close your eyes, it's better than walking."
Kerry Malibey

Kerry remembered one of staff mentioning something about a portkey . . . "Yeah, I think it's down this way," he said, pointing to his left and the south end of the wing. He back walking slowly in that direction, noticing there was someone a little older than him sleeping in a bed a few rows down.

As they moved closer to the south end Kerry began smiling. "Hey, this is where we came in the first time, remember?" He nodded towards the small alcove to their left where Annie had been examined by Coraline. "Wow, that was almost two weeks again." He looked over to Annie, who didn't seem to mind helping him along at all. "Time flies when you're in two places at once, doesn't it?"

They were almost even with the alcove when Kerry stopped. To his right was an open area free of chairs, tables and beds. It was an open area with only a flower pot holder attached to the west wall. "I think . . . the guy said something about wheelchair access, and this might be the place." He turned to Annie. "You know how to use this?"
Annie Krum

Annie giggled. "It's disorienting at first. Remember how you felt when we apparated to my house with my father? This is the same, only no one is doing the driving. You have to trust that the portkey has been set up correctly and that you will end up where you belong."

She took his free hand in her own and pulled him tighter to her body with the arm wrapped around his waist. "Hold onto me as tightly as you can without causing yourself pain and close your eyes. We will touch the portkey at the same time and in a few moments, we will emerge on the other end."

She kissed his cheek and held his hand in hers. "One," She inched their hands closer to the portkey. "Two," She heard Kerry's breath catch in his throat and she smiled. "Three." She closed the gap between their hands and the portkey and they were off...


They popped out in a little alcove just outsdie the west entrance to the dining hall. Annie examined Kerry closely for any signs he might not have tolerated the travel well.

"Are you alright, Kerry?" She asked, still holding him tightly.
Kerry Malibey

Kerry closed his eyes least the room keep spinning around the way it began after they--ported? Yeah, it was just like the first time they apparated, only that time he was feeling in 100% shape and didn't have a head that felt like someone had tapped on it with a 3 pound hammer.

He slowly opened his eyes and saw the room, while not completely still, wasn't going to make him feel like he was walking on the deck of a boat in high seas. "I'm good," he said, cold sweat popping all over his forehead. "Lets get inside."

They wandered into the Dinner Hall and found seats at their nearest coven table.
Sponsored content